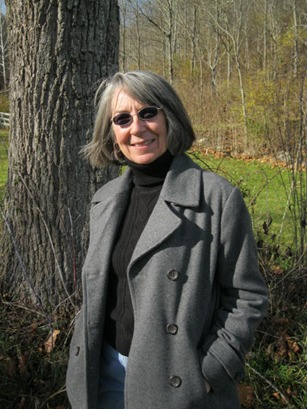 After years of earning my living as a ghost writer, churning out white papers, speeches, newsletters, even books for other folks, it was high time to write in my own voice, for publication under my own name. The result was numerous commentaries and features about the natural world. You'll find some of them in my Woolgathering blogs, on this site.

Next came the idea of a how-to book on the subject of transplanting from city/suburbs to the deep country. Two audiences came to mind. First were the readers who, like my husband and me, dreamed of relocating beyond the sidewalks. A how-to book might spare them our pitfalls (or at least portray those pitfalls as survivable -- and hilarious), while also inspiring fellow dreamers with positive transplant anecdotes. Second were the readers who inferred lunacy in the yen to morph from city slicker to farmer. For them, our stupid mistakes would offer schadenfreudig validation of the urban/suburban lifestyle, where the flick of a switch means instant illumination and clean water always pours from the tap.

That's what my left brain thought. My right brain had another idea: a fictional take on the transplant saga. And so, the Hillwilla  trilogy was born. Although inspired by (some of) my experiences, these novels are driven by characters with wills of their own.

Years earlier, before my professional immersion in the world of fiction, I became fixated on the ultimate transplant experience: that of the immigrant. As someone who nearly relocated to Australia, but lacked the guts, I was fascinated by what motivates people to leave everything familiar behind and start all over again in a new country. I looked for answers in my own ancestry. And what a wealth of experiences -- and family anecdotes -- there were!

Decanted Truths had its start in my maternal grandfather's history. But the story wasn't coming together, not as a biography and not as a fictionalized account. After a boatload of research, many starts at writing and much shredding of what I'd written, I found the focus: the chipped Waterford decanter sitting in my kitchen cabinet, 170 years after starveling ancestors, fleeing the Great Famine, hauled it across the Atlantic. The characters linked by the fictional version of that decanter gave new meaning to "willful." For years, they kept dashing off to new plot-lines, locales and relationships, with me stumbling fretfully after them. In the dead of night, they would wake me up and scold me when I got it wrong. Eventually, they told me I got it right.

Ever intrigued by the transplant mentality, I am currently surrounded by dog-eared books about French settlers in 17th century Quebec and Quebecois immigrants to New England 200 years later. As I read, potential characters cling to the shadows just beyond my peripheral vision. But I can hear them whispering....

If you've taken the time to scroll through these paragraphs (thank you!), I hope you'll keep my novels in mind when you're looking for an absorbing read.